The events below are accurate at the time of entry, but particularly in light of COVID restrictions we advise checking the websites to see if they are still taking place. 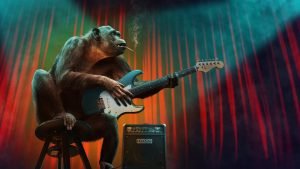 Built in 1878, Whitby Pavilion nestles in the West Cliff and has wonderful views over the North Sea and the ruined Gothic Whitby Abbey that was Bram Stoker’s inspiration for “Dracula”.

The theatre is well equipped with up-to-date sound and lighting facilities yet retains the wonderful atmosphere of its Victorian origins.

Legendary artists from all over the world have and continue to perform here and in keeping with this tradition we have another great line up for you:

The Greatest British Blues Performing Artist…Catch him while you can.’ Cerys Matthews

Errol Linton’s live shows are legendary, his band exceptional, expect to dance. As Joe Bonamassa said of him recently, when he joined him on stage at a London pub; ‘The most authentic Chicago Blues I’ve heard in a long time.’

30 years a musician, Errol signed to Bra$$dog Records in 2016, releasing 2 studio albums so far. ‘Packing My Bags’ described as ‘Chess Records meets Studio One,’ continues to receive much critical acclaim & radio play and won Errol a 2019 Jazz fm nomination for Best International Blues Act. His new album, recorded at the iconic ToeRag Studios is already a favourite with radio stations and music reviewers. ‘No Entry’ with it’s unique mix of blues & ska & funk & soul is fast becoming the best UK Blues album of all time. Come along and see why!